“Patience is the calm acceptance that things can happen in a different order than you have in your mind.”

-If you have no idea what style of house/features you’d like to build OR if you are wanting to build something very unique that suits your specific needs, search for an architecture firm that will start from scratch. Just realize that this will be a significant expense.

-If you have identified a plan from online or somewhere else that you like, but want to make some changes, search for someone that provides drafting services. I found that this option will cost you a fraction or what an architecture firm will charge.

Now that we had selected a contractor, it was time to start working on a house plan. We knew that we wanted a plan that had the master bedroom on the main level (We aren’t going to be young forever!) We were open to bedrooms 2 and 3 being on the upper or main level and we wanted a home office. I started looking at online plans. As much as I hate to admit it, Pinterest was the best place to find a variety of plans. After viewing hundreds of plans, I identified four plans that provided the general layout we wanted. I knew that any plan that we selected was going to have to be modified to our exact wants/needs (I will discuss that later). We were clueless if the plans we selected were even in our budget. Therefore, we sent our plans to our contractor, Keith, to calculate “rough” estimates for each. 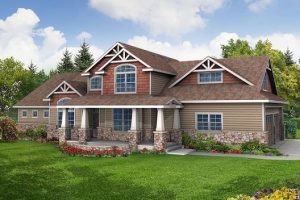 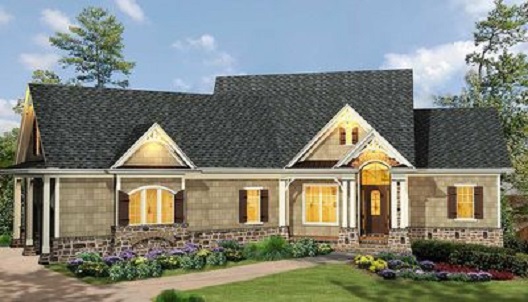 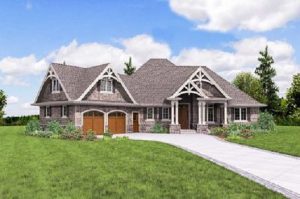 Two weeks later, we received the estimates for each plan. Even though the plans were similar, they varied in price by as much as $60k. The differences in estimates were due to the variation in square footage, different roof lines, the number of outside corners, etc. Luckily for us, the plan that we liked the best was also the least expensive and within our budget. Keith explained that after he had our final floor plan, he would then provide us with an itemized list (approximately 1,200 items) that would give us the exact cost. 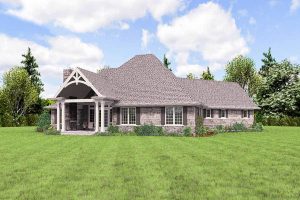 Now that we selected our plan, it was time to find an architect that would make the modifications and provide us with the actual blueprints. Little did I know that this was going to be such a challenge. I began the process by contacting the online architectural firm from where I found the plan initially. I requested a free quote with out desired modifications. Two days later, I received an estimate for approximately $3,000. This was on the higher end of what I expected and they would only do a limited number of revisions. At this point, I decided to continue my search. Next, I contacted a local drafter, Dan, that was referred to us. He explained that he worked for two companies full-time, but that he did plans for individuals like us on the side. Dan quoted us $2,000 with a completion time of 4-6 weeks. This was more in line with our expectations, so we told him to proceed.

Days turned into weeks with nothing to show for it. I received a couple emails from Dan stating how busy he had been but that he would be working on our project soon. My frustration level was growing, but Michelle urged me to be patient (This was a role reversal from the norm!). After six weeks, I received an email from Dan in which he explained he was not going to have time to do our plans EVER! At this point, I was beyond pissed at wasting the past six weeks. It was time to start our search again.

I resorted to Google searches for a local architect, which I despise. I knew the Internet marketing companies can make any business look good regardless of their quality of work. After calling two different companies, I quickly realized that architect firms feel insulted if you only want them to modify some existing plans. Instead, they want you to sit down and “get to know you personally”; your needs, wants, preferences, budget, and underwear size (it seems!). Then, they want to design your plan from scratch at a tune of $8,000. While this may work for some who don’t have a clue and have really specific needs, this is not what we desired. Both firms explained that I needed a drafter, not an architect. Back to Google I went…

Luckily, my first search for a local drafter yielded the results I needed. I contacted Brian Young with Young Architecture Services out of New Palestine. Brian is an architect that can either start your plans from scratch or create plans based on drawings that you already have identified. His price was ala-cart based on the different plan types needed with unlimited revisions. I sent him the basis plan we selected and gave him the green light to proceed.